"What do you mean you're going to make ePOS free?"

Part one of three from AirPOS in a series discussing the changes in the ePOS industry throughout the past decade and in turn the development of our business. 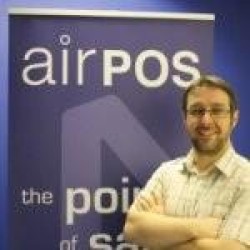 It was a genuine question from someone with more than 15 years experience in the ePOS industry. When we said it again, "we're going to make ePOS free" most of the people at the conference table laughed at the same time. To them (in fact to most people in the retail services industry), it was simply a crazy notion.

In 2010 ePOS was a highly lucrative industry. ePOS hardware was very expensive in relation to consumer hardware and ePOS software was among the most expensive categories for a small business. Hardware and software packages started at around £5000 typically and that was before installation, configuration, support costs and maintenance were taken into account. If a retailer got change from £10,000 on their ePOS setup they were doing well.

Of course a couple of years down the line we understood why the experienced ePOS folks laughed out loud at our initial free POS proposition.

Firstly we were only talking about software, not hardware and software which was what everyone else heard when you talked about ePOS back then. Secondly we didn't know too much about how ePOS was sold. We didn't know about the reseller networks and VARs that were the backbone of the industry's distribution network. Our idea was that the retailers would be able to install, set up and configure their ePOS hardware and software themselves.

Thirdly, and most importantly, at its heart, AirPOS was not an ePOS company. We were something very new, an ePOS and e-commerce company born to help small retailers sell online. ePOS was just a part of the thinking and the overall solution and therefore the business model could be very different from anything that had been seen before. We were optimistic that we could easily get retailers to set up not just an ePOS solution but also a fully integrated e-commerce system too, unaided.

After all we'd been selling e-commerce first hand for a number of years and seeing the problems that retailers had when they were selling online and from a physical location. We even part-owned a record shop in Belfast we were trying to save called BackBeat Records and it had the problem in spades, simply because it mostly sold vinyl records and typically only ever had one in stock. If the one record was sold online, it had to be removed from the stock shop immediately and vice versa. We looked high and low and found nothing that could solve this problem and so we started down the road of solving the problem ourselves.

Mostly it was hard for most retailers who were selling online to control inventory numbers, especially from a single stock, but it was also hard to reconcile payments and accounts across the sales channels. We'd been using a new-fangled accounts package called Xero that was completely based 'in the cloud' which basically meant nothing, needing to be installed on your computer. Instead everything was done through your web browser. And unlike the much bigger tickets of Sage and Quickbooks back then it cost round £20 per month, affordable to any business. The software revolution had taken yet another exciting and world-changing turn and the world would soon turn with it.

Still at AirPOS we were a strange animal, even our advisor in the government agency Invest NI told us not to go forward with the plan. It was crazy, they said, they knew the retail services and ePOS industry well. Retailers would never take ownership of their ePOS setups, it was too complex. "People said the same about wifi we countered, but now everyone installs that themselves."

Two weeks later in April 2010 Apple released a brand new and very shiny thing called the iPad. It was the game changer not just for us but for everyone making software everywhere.

The Birth of iPad ePOS

A portable, affordable touchscreen device that used cloud-based 'apps' was the perfect storm for the gathering ePOS revolution. At AirPOS we leapt at the iPad and also the Android tablets that were starting to be produced after Google purchased the Android operating system. In fact we made the world's very first Android ePOS application and found a home for it on the world's first Android ePOS device made by of all people Casio, better remembered in the UK for their innovative watches and their calculators. However what many did'nt know is that they were actually a big player in the point of sale market.

The AirPOS / Casio Android POS solution launched to the world at Retail Business Technology Expo in London in March 2012. Like all early stage solutions it was patched together in many ways and we worked around the somewhat crippling limitations of early stage hardware but fundamentally it worked and pointed to the future in many ways. A great first attempt but ultimately a failure.

By early 2012 other companies were beginning to enter what was now known as the 'Cloud ePOS' space with all different types of business models and differing approaches. ePOS Now for example, based in Norwich in the UK, took the more traditional route of manufacturing their own mostly Windows-based hardware in China and licensing software from an existing provider before moving into creating their own software solution for both retail and hospitality, notably launching the world's first App Store for ePOS.

Shopkeep too had been building their solution focusing heavily on the iPad for their POS register in New York from 2011 while Revel Systems took the approach of building a POS app for every industry from bike shops to pop up shops from their base in California with over $100m respectively in their back pockets to boot! And then there was this curious looking little payment device called Square...

Now not only were people going to get a free ePOS solution but they were going to be able to take payments without a contract for the first time ever. ePOS and payments had swung all the way from unaffordable and expensive to free with no contract and so easy to adopt it could be done by a single person in an afternoon.

Come back soon for part two of Ten Years In New Retail Technology - The Decade of Disruption as POS and payments converge into a single solution...

Join thousands of other businesses today.